This article is written by Rishi Sankar, an avid traveler and writer from Trinidad

Whew… well I’m finally on the flight to Punta Cana. Note that I am NOT on the plane as yet, but the flight was not cancelled due to weather in the Dominican Republic. Tropical Storm Fay seems to be just screwing with me really but it is just one of many travel related delays I have seemed to endure in the last two months since starting this NYCHHC assignment.

But sweet news that a Trini won a medal in Sprinting! Like what the hell.. I knew about Marc Burns but Richard Thompson??? Seriously!?? Like who knew! Just saw that on the newsreel!

Anyway so back to the string of travel related mishaps, this week coming from Toronto to NYC, there was that ridiculous 18 hour delay in Toronto where lightning and thunderstorms colluded to make a routine one hour flight into a fricking nightmare.

Now I dont know what experiences a lot of other people seem to have when flying Spirit Airlines, but both times flying Spirit and the flight was late or something, but then again when you pay 212$ to go Trinidad for the weekend, once cannot really be too picky about the accomodations. 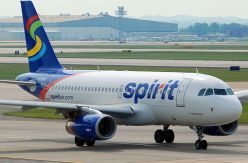 The rules for flying any low cost carrier should be as follows :

Anyway my flight seems like it will take off successfully and I should be in Punta Cana in about 3 hours or so.  I’m gonna drop all my stuff… throw on the shorts and hit the water for a couple hours…. get some margaritas on the beach and maybe a massage – who knows what I can find on the waterfront.

Its been years since my first foray to the DR…but I should have some good shots going on there. Time to catch that flight!!!