The writer of this article Sandeep Gupta is a Delhi based professional writer who specializes in writing about luxury, budget travel, destination overview, travel tips 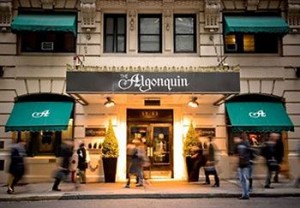 Algonquin Hotel – Algonquin Hotel is New York City is famous for the ghosts of the “Vicious Circle”. During 1920s this hotel was the meeting spot of the “Vicious Circle” which was a group of writers, actors and playwrights. This group came daily to the hotel for 8 years. There were something in this hotel that they liked so much that despite being dead they still visit this hotel. Several guests have seen their spirit walking through the bar and bedroom. So if haunted places fascinates you then do stay in the Algonquin Hotel on your next visit to Big Apple.

Chelsea Hotel – The famous Chelsea hotel of New York also has a long history of paranormal activities. Janis Joplin once said that lots of funky things happens in Chelsea. Its indeed true. Several people have seen ghost of Thomas Wolfe at the 8th floor of the hotel. One can also come across Dylar Thomas at Chelsea as well. And if you think that gohsts are limited to hotel’s rooms then think again or you will be forced to think again once you share the elevator with the ghost of Sex Pistol Sid Vicious, the guy suspected to stabbing his girlfriend Nancy Spungen in Room 100.
Belasco Theatre – One of the oldest theatres in NYC has seen several paranormal activities. David Belasco, the buider of the building is often sighted at the theatre. Although his ghost has been very friendly with the actors. He has often interacted with actors by offering handshakes and kudos. Some people have also sighted Blue Lady in the theatre who is believed to be companion of David Belasco. 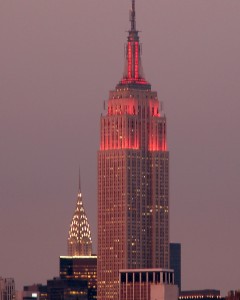 Empire State Building – One of the tallest buildings in New York is also among the most haunted. During the days
of its construction there has been at least 14 suicides attempts from the observation deck. Spirits of the people who committed suicides are often seen jumping off the buidling.
Manhattan Bistro – Manhattan Bistro has been home to some very weird paranormal activity. People have seen ashtray knocked off tables, bottles flying off, plates being broken on the floors. It is believed that the ghost of Elma Sands is behind all this. In 1799, she was murdered in this very building. Her body has thrown in a well which is now the basement of Manhattan Bistro.