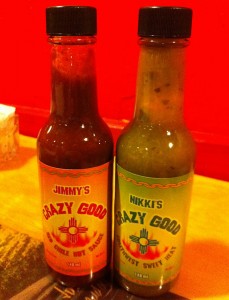 “Red or Green?” is more than just a question in Albuquerque, New Mexico. Referring to which type of chile sauce a waiter should bring to the table, those two options have been the backbone of New Mexican cuisine and the unifying ingredient for the many foods and cultures that have called this state home. The query even became New Mexico’s official “state question” in 1999.

The Rio Grande rift valley where Albuquerque now sits was first inhabited by stone-and-adobe dwelling Native Americans, a collection of tribes known collectively as the Pueblo people. Spanish explorers arrived in the 1500s, building missions and establishing farms, and eventually founded a city in 1706, named Alburquerque after a Spanish duke (the first “r” was later dropped).  Anglo settlers came in droves after 1848, when the territory of New Mexico was ceded to the United States from the newly independent Mexico. 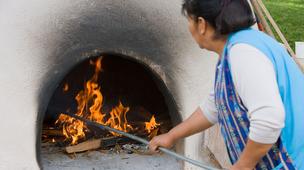 At the Pueblo Harvest Cafe, traditional bread is baked in an adobe clay oven horno on the patio.

Relics of the past live on in Albuquerque’s present day culinary scene. From Pueblo blue corn porridge to Spanish empanadas, from Mexican carne asada to red and green chile, a good meal is the best way to uncover the many cultures that have shaped New Mexico’s largest city.

The Pueblo’s centuries-old staples — beans, corn and squash – still play a major part in their modern dishes. The Pueblo Harvest Café and Bakery, in the Indian Pueblo Cultural Center, highlights both ancient recipes and contemporary variations based on these traditional ingredients. 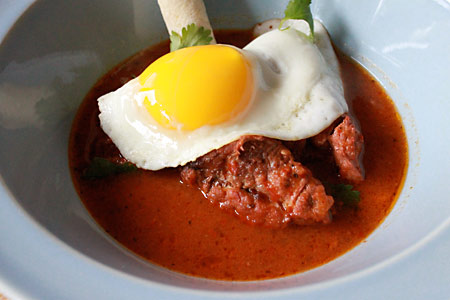 Blue corn atole, a slate-coloured porridge, is a typical morning dish, hearty without being too thick or too sweet, though toppings like berries or nuts can be added to enhance the flavour. The café also makes blue corn pancakes for a European twist on the native blue corn. Lunch and dinner include dishes such as bison, served on the bone or ground into meatloaf; carne adovada, a pork marinated in red chile and served with beans and squash; and posole, a traditional corn hominy and pork stew.

All entrees come with oven bread, a traditional loaf baked in the adobe clay oven (also called a horno) on the center’s patio. The beehive-shaped horno was introduced by Spanish settlers, but quickly became a prominent feature in many Pueblo homes. The peasant-style bread with its crunchy exterior and soft interior is often served with creamy, sweet pinon butter made from locally-abundant pine nuts.

In addition to their particular tastes, Spanish settlers brought in their language, seen in today’s common foods like tortilla, salsa and burritos. The Spanish also introduced pigs, cattle and sheep, dairy products like butter and cheese, and garlic and other spices that resulted in a fusion of native and European tastes. 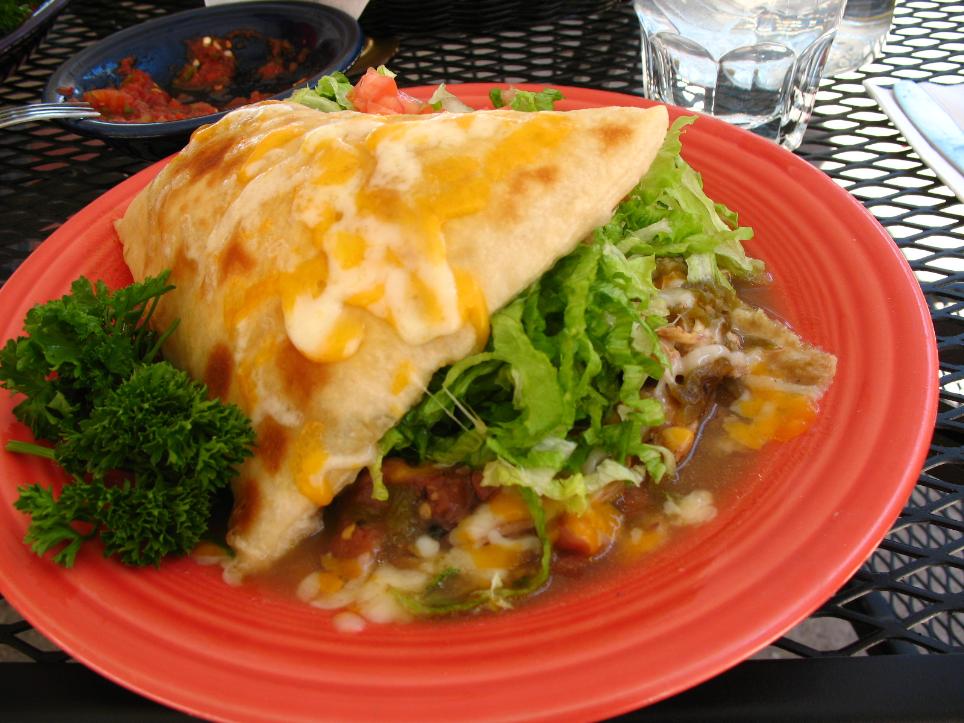 At the National Hispanic Cultural Center, New Mexico’s Spanish influence is captured through art exhibitions and live performances, and also in the kitchen of the center’s La Fonda del Bosque restaurant, where enchiladas, meat-stuffed sopapillas and chile rellenos are served alongside Spanish rice or calabacitas, a mix of summer squash, onions and green peppers.

Chicharróns are another Spanish import, but are prepared a little differently here than in the rest of the world. While most chicharróns are made from fried pork skin, New Mexicans fry cubes of pork fat and meat without the skin. Cecilia’s Café (230 6th Street SW; 505-243-7070) in downtown Albuquerque has mastered the balance of keeping the petite pork pieces tender inside, but crisp and flavourful on the outside. Order them in a burrito or as a side order.

Despite an ever-evolving influx of new cultures, Albuquerque has managed to keep its people connected to the land through one ingredient: the New Mexican chile pepper. To this day, “New Mexican food” might refer to a Pueblo, Spanish or Mexican meal, but the peppers add a signature punch of heat to dishes both native and new.

Neither type of chile is necessarily spicier than the other, as the weather patterns of a particular year can give a pepper more or less heat, but many locals have a preference for one colour’s taste over the other.

Green chiles are picked early in the season and used fresh; first roasted, then chopped  or blended to make a sauce. Visit Albuquerque in the late summer or early fall and you are bound to see and smell chiles rotating in grated steel barrels over propane flames to loosen the skin and bring out the flavour. Stop by the downtown Grower’s Market on Saturday mornings to pick up a freshly roasted batch, or order a green chile cheeseburger from Sadie’s.

Red chiles have a smokier, more full-bodied flavour that comes from the process of drying them out on the vine. Bunches of dried red chiles called ristras serve as both decoration and easy food storage in many New Mexican homes.  When ready to eat, the pod is soaked in water to reconstitute its volume and blended with water and spices to make a red chile sauce. Find one- to two-foot-long red ristras at Wagner Farm in nearby Corrales, or try the red sauce on huevos rancheros at Frontier Restaurant across from the University of New Mexico. 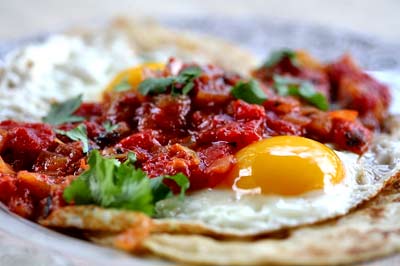 The best part of New Mexico’s state question is it doesn’t have to be either or. Choose red and green to sample the best of both.